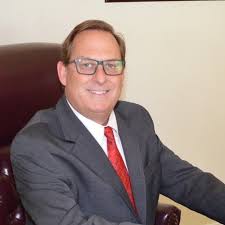 ROANOKE, Va. – An increase in Virginia’s minimum wage could be coming soon, as Democrats say the change is a priority — and they have control of all facets of government in Richmond.

Multiple bills end the week in committees in both chambers. Democrats and the bills’ supporters tout the positive impact it will have on families all across the commonwealth and opponents say it’ll do more harm than good.

Jesse Luke greeted customers on Friday at her job at Rosie’s Gaming Emporium in Vinton.

She’s an attendant, helping people at the machines that are set up in rows throughout the location.

She said she’s an example of someone who is benefiting from an hourly increase. Her pay went up this month, as the company that owns Rosie’s decided to increase its lowest wages. It has set its own minimum wage at $15 an hour, $9 for employees who get tips.

“That means now I can save for my future. I’m able to pay off bills in the past that I’ve just put to the side. I’m able to save up for trips. I’m able to help out family members when need be,” Luke said.

“I think that they realize that their company is running so well because of their employees and it’s nice to actually feel appreciated and getting a pay increase definitely shows their appreciation,” Luke said.

Supporters rallied at Virginia’s Capitol earlier this week for bills that would raise the minimum wage.

One proposal would steadily increase the amount. It would go up from $7.25 to $9 an hour this year and then incrementally rise to reach $15 an hour in 2023.

But many oppose the increase, including most Virginia Republicans, who are arguing against the bills.

Republican Del. Joe McNamara, who represents Roanoke County, owns an ice cream shop in Salem and said an increase would mean he would have to make significant changes to his business.

“Arlington is not Abington or Danville or Roanoke and many of us are concerned that a broad brush intended panacea that we’re using is going to negatively impact the very people we’re trying to help,” he said.

He said forcing small businesses like his to pay its employees more squeezes them too tight, leading to fewer total jobs and hurting teenagers the most.

“A doubling of the minimum wage may not be crippling to Alexandria but it will undoubtedly result in job contraction through most of the state,” McNamara said. “The data is pretty alarming.”

McNamara points out that pay already tends to be higher in northern Virginia, meaning businesses in southwest Virginia would face more of an impact.

Bills that clear a committee then have to be passed by both chambers and signed by Gov. Ralph Northam during the ongoing 60-day legislative session.