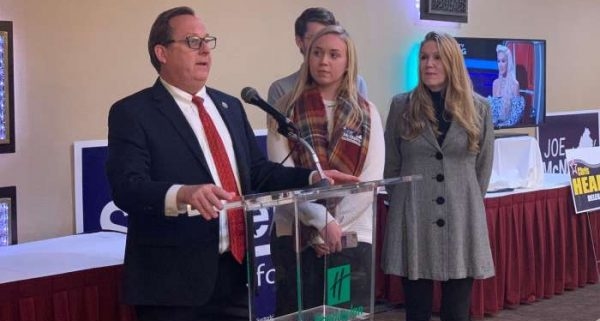 8th district Republican delegate Joe McNamara earned his first full 2-year term to the General Assembly tonight after winning a special election last November. McNamara topped Democrat challenger Darlene Lewis. Before the General Assembly session reconvenes in January,  Before it was confirmed that Democrats had flipped both the House of Delegates and State Senate – with the Governor’s mansion they now control all three branches of state government for the first tie since 1993 – McNamara looked ahead to that possibility